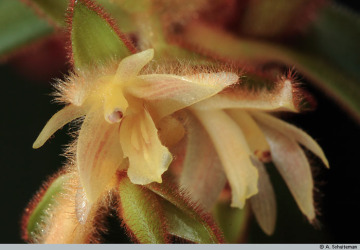 Species of Trichotosia are slender-stemmed plants that are easily recognised by the more or less conspicuous covering of yellow or red-brown hairs on the leaf-sheaths and usually also on the leaves and the inflorescences. Some Dendrobium species may possess hairy leaf sheaths, but these hairs are blackish or white, never red-brown or yellow. Trichotosia is not often cultivated, although they are easy to grow. 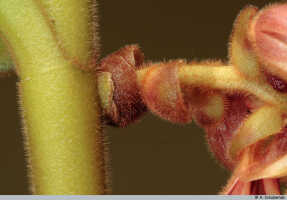 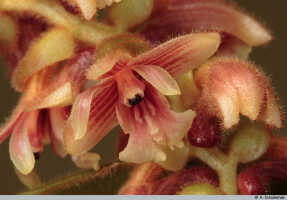 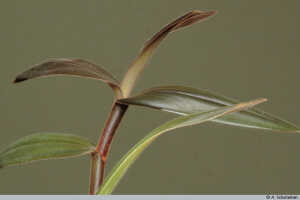 Trichotosia sp., inflorescence, photo A. Schuiteman, based on Leiden cult. 20030324 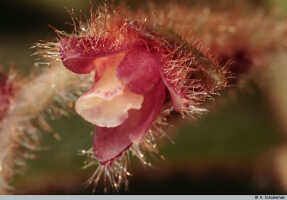